Critical Thinking In An Era Of Fear 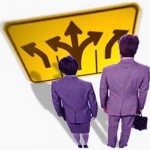 I’m reposting this from a Facebook article I wrote today. Instead of just leaving it there, I thought it deserved a wider audience. Moreover, I do think it’s relevant to Living Intentionally. My apologies for those of you seeing it on both sites.

All one really needs to do to fully understand modern politics is to look at the ACA and the surrounding debates. Romney basically architected huge patches of it back in Massachusetts in 2006. Fast forward to 2012 and you have him swearing how vile “Obamacare” is. Why? Wrong party.

This isn’t to pick sides. Both sides of a 2-party system are bound to focus on divide-and-conquer strategies. This presents a problem when your political system encourages lobbying and employment-for-bills opportunities. It’s all about divide and conquer. It’s all about distracting people from what’s going on behind the scenes.

Distraction is done via several channels. One of the most effective means is to simply convince people that what’s important isn’t, and what isn’t important is. Effective distractions involve millions of people in getting caught up in Charlie Sheen’s antics on- and off-screen. Checking out <your star here>’s dress at some gala event. Whoa! Was that a — *collective gasp* — WARDROBE MALFUNCTION?

The other distraction is actually misinformation or propaganda. This is an ancient tactic that consistently stands the test of time. Take a tidbit of truth, wrap it in a different context and, voila, you have a marketing disaster for the other side. It works. Unfortunately, it is a staple of modern politics. Unless you’ve heard it yourself, you can’t be sure that somebody said what XYZ publication says he/she did.

Misinformation and propaganda is, unfortunately, a big role in many of our lives. There is very little in the way of Free Press (capitalized because it is an ideology behind what I consider to be a working system of government). Here in Japan, my friend and I used to twist the “All the News that’s Fit to Print” tag line from a newspaper and say “All the News that’s Print to Fit” because you could just feel the pro-government stance oozing from between the lines. It was disconcerting, but we knew that unless the article got the nod of approval, the publication could find itself in deep caa-caa over unwanted whistle-blowing. Any articles of real substance only happened after news broke via word of mouth or whatever and couldn’t otherwise be contained.

Other countries face the same problem. In the US, cross-ownership of major media outlets is down to 6 corporations: GE, Disney, News Corp, Time Warner, Viacom and CBS. If you want to know the political slant of a corporation and who is going to be in their pocket, just read the output of their news. Conversely, you can know what you’ll read by who’s getting campaign donations. Fox News is probably notable in that it’s my rather strong opinion that it’s actually less of a news organization and more an advertising arm of the Republican party itself. If not legally, at least metaphorically.

The problem for those who wish to come to their own conclusions (rather than be told what to think) is that finding unbiased newscasting is almost impossible. Good luck finding unbiased search results in Google. Even if you opt out, you’re still opted in. I get different search results from my computer than I do on other computers, even though I’ve opted out of Google’s targeted search results. What does this mean? It means I only have access to information that Google deems suitable. So, while my desire for critical thinking (and, indeed, my capacity for it) is well and truly alive, my real ability to engage with meaningful research and come to valid conclusions is limited to the data that the search engines make available. They all filter. You never get unfiltered, unbiased search results.

Getting back to TV news, it’s perhaps better, but not perfect, to get all your news coverage offshore. If you’re in North America, the BBC is a good candidate as one news source. They’re an ally and need to work with whichever party is in power, though, which can mean that the slant changes with the party in place. So, go with something like Al Jazeera for some dissenting-but-neutral views. Add The Smoking Gun for critical evaluations of current events. These are about the best you’re going to find.

Unfortunately, the rest of the world is full of pundits, such as myself, who may have an axe to grind or not. I do have an axe to grind: It’s to empower you to lift the veil of lies and deceit you’ve been fed by people who want to control what, when and why you do and think the things you do. I want you to make up your own mind.