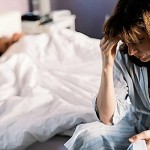 How many of us grew up in families where one or both parents were “fix-it” types?  I know I certainly came up in such an environment. It should, therefore, come is little surprise that the first few years of parenting (and partnering) were filled with fix-it answers to just about everything. Generally, most of us end up being pretty accurate copies of our parents’ style of parenting.

The problem with fix-it parenting is that it ignores a truth of pretty much every single person out there: Most of us just want to be heard. I don’t know about you, but I can honestly say that when I comment on something that’s bothering me, I’m not inviting you to automatically step in and solve my problem. I’m inviting you to share something that is causing me discomfort, stress or some other element of my experience that I just need to get off my chest.

The other day, I was going off to the post office and I happened to be walking behind a couple of parents and their toddler. Trying to keep up with mommy and daddy’s brisk pace, the little girl fell to her knees pretty hard. Hard enough that my first mental reaction was, “Ouch!”. What did the parents do as the little girl started to cry? They both laughed and cajoled the little girl, saying, “You’re alright. It doesn’t hurt. Don’t cry!”

I confess to having gotten rather angry with this, and it was extremely difficult for me to bite my tongue and not say anything. These parents, wanting to help their kid get over a skinned knee quickly, (re)affirmed a vital link that will affect the child (and their relationship with her) for the rest of life: “They don’t understand what I’m feeling and don’t listen to what I’m expressing.” It’s a tragedy of parenting that repeats itself again and again all over the world. I’ve seen it in every country I’ve visited and in which I’ve lived.

The basic mistake that these parents made is one that happens in many relationships: They presumed that they knew what the little girl was experiencing. Worse, they presumed that they knew better than she how she should react to her experience. Telling your child or partner how he or she should react to an experience is dismissive, presumptive and, frankly, ignorant. One can sympathize or maybe empathize to a certain degree, but no-one can truly know what another is experiencing.

As parents and partners in relationships, the only way to truly cultivate appropriate responses is to listen. I can hear some of you saying it already, “But my child acts out in public! I don’t want him to do that!” Well, it’s been my experience that acting out ONLY happens in healthy individuals who are trying to find a coping mechanism to deal with not feeling heard/acknowledged. If your partner or child is acting out, instead of blaming them and trying to impose your order on their chaos, take a look at yourself. Do your actions that precede their acting out reinforce their supposed need to act out?

If we want our children and, indeed, our partners to respond appropriately, we have to give them a voice. We have to honour and respect them as equals in our relationship. We have to give them the courtesy of 100% attention and listening. Most of us don’t think twice about giving that kind of courtesy to strangers, and it behooves me to tell you that if you’re not giving that same courtesy to ALL your relationships, you’re giving them short shrift.

Of all the tools you have in your arsenal, the most effective one I’ve discovered is the patient act of listening with 100% attention. If you’re talking, you’re not hearing what the other person is trying to tell you. Instead of assuming you know what they think, feel and mean, take the time to ensure that you do. And once you have, you’ll soon find that instead of the volume increasing along with the stress levels, reactions that used to be predictably bad become much more tempered.

It takes practice to be a good listener. Anybody who has a best friend knows that the most important function of a best friend is to listen without judgment. To that end, let’s work towards being everybody’s best friend. Let understanding rule the day. When we listen instead of trying to slap Band-Aid solutions on everything, we change the world in which we live.

And we change it for the better.