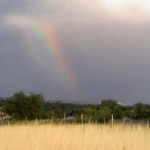 In an earlier article, I proposed that a move to a global green economy could end up producing many jobs. According to a new report from the United Nations Environment Program (UNEP), there seems to be agreement with this idea. According to the report, a net gain of as many as 60 million jobs could be created over the next couple of decades.

The implications are fantastic. First off, with a net gain in overall employment globally, it means that job losses from traditional sectors would be covered by new jobs in green tech. Even better, however, is the prospect of rapidly reducing poverty in developing countries. These countries are well positioned to be early adopters of green tech and, therefore, bypass decades of carbon debt-producing infrastructure. These countries have the potential of saving money in both the short-term and long run, and substantially reducing their overall carbon footprint.

There are challenges involved with moving to a green economy. Traditional sectors such as agriculture, forestry and fishing will be some of the hardest hit. Helping these workers transition to new jobs may prove to be difficult, especially in economically depressed regions. I do believe the change is necessary, though, as large-scale factory farming and the like are themselves unsustainable practices. Encouraging sustainable practices and management in conventional sectors could make for a smoother transition and enable workers to acquire new skills prior to changing jobs. Some jobs themselves may remain, yet require new training to accommodate sustainable practices. These are likely to make for the easiest transitions for workers.

With so many unemployed, government would do well to retrain these workers with new, green skill sets so they can move into new jobs sooner than later.