How Spending More on Food Can Save You Money 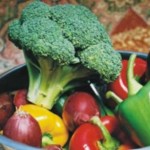 Continuing on from our last article that talked about how to buy organic foods for less money, I’d like to write a bit on how spending more money on food can actually save you money in the long run. It may not immediately seem to make sense, but it’s true. Over the course of a year, you might find that your higher shopping bills end up with you having more money in the bank. How can that be?

To put it in somewhat programmatic terms, Garbage In / Garbage Out. A typical family that is struggling to make ends meet might very well cut costs by reducing the money spent on food. On the surface, this seems like a good idea, but how one does this is of paramount importance. It can be that we save money in the short term only to spend more in the long term. The converse is also true. This article aims to help explain why.

In cutting the cost of food and the time required to cook meals, many families turn away from the produce section and look to processed foods. The (almost) ready-made nature of these foods and their low pricing make them a tempting target. And while it seems like a reasonable choice on the surface, there are dangerous trade-offs involved.

There are serious problems with processed foods. The vast majority of them are full of substances such as High Fructose Corn Syrup (HFCS), Sodium Chloride, Omega-6-laden vegetable oils and chemical preservatives both in the food itself and the packaging. They use unnatural emulsifiers and hydrogenated vegetable oils to change the taste and consistency of the food. And even in the realm of “natural” and “organic”, there’s the risk that the food is prepared at extreme temperatures that denature proteins and break down nutrients and vitamins into unstable (oxidant) compounds, all in the name of efficient production. As well, the conventional realm of processed foods feature large amounts of GMO foods, especially soy and corn.

The problem, therefore, is that these foods, while convenient, offer tremendously reduced overall food value. A side issue, too, is that these processed foods tend to be high in carbohydrate content. Carbohydrates tend to be rich in flavour, which makes eating them very tempting. When you combine high carbs, low food value and the possibility of denatured and/or crosslinked proteins, you create a launching point for illness.

A lot of families in the U.S. these days don’t even have health insurance, and those who do often have to worry about paying significant amounts of their claims anyway. So, ultimately the best way for these people to save money is to not get sick. And this is where eating comes in.

Cutting corners on the food we eat sets us up for dis-ease. Being unwell is expensive. If you’re a wage-earner who is unable to work a significant portion of time each year, the impact on your salary can be scary. Ultimately, it’s better to just be healthy. Food is one of our best allies in the pursuit of health.

When your diet has shifted away from prepackaged foods and you begin eating more fruits and veggies, you take in far fewer substances that are detrimental to your well-being. Cooking your meat, fish and eggs at lower temperatures ensures the integrity of the proteins. Eating many or most of your veggies raw ensures the highest bioavailability of nutrients. Mouthful for mouthful, you get more out of the food you eat. This goes a long way to ensuring your health and well-being.

Think of it a bit like insurance. You spend the money up front so that you’ll be protected from disaster. With spending more money to eat high-quality foods, your initial expenses increase, but the increased health and well-being make it all worth it, especially when you realize that nobody in the family gets sick anymore.

I realize it kind of sounds like bragging to say this, but I only intend for it to be an example to which you can aspire: The last time I can recall being sick was November 2008. You, too, can go years at a time without illness by carefully choosing the foods you eat, exercising moderately, getting adequate sunshine and sleeping 7-8 hours/day.

Being healthy is easy. In the long term, it’s also cheaper.