What Is Energy Healing? Which One Should I Learn? 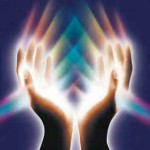 Energy Healing, also known as Energy Medicine, is a collection of modalities under complementary and alternative medicine (CAM). Energy healing is one of five CAM domains as defined by the National Center for Complementary and Alternative Medicine (NCCAM) in the United States. Within this domain is a bewildering array of modalities all claiming to be of benefit. It can be incredibly confusing for somebody looking for a practitioner or teacher. What works and what doesn’t?

The answer is both more simple and complex than it first appears.

First off, let’s examine some basic concepts. Most of the energy healing that people think of is a type known as biofield energy healing. This category of healing involves pretty much any modality that utilizes universal life-force energy (also called healing energy). Some modalities that fall into this area are Reiki, Quantum-Touch, QiGong, Therapeutic Touch and even my very own modality, Zero-Point QiGong. As many focus on so-called “hands-on” healing, it’s not surprising that the word “touch” is a part of many names.

The basic idea is that a practitioner in some way manipulates healing energy and imparts this energy to the client. For some modalities, the manipulation takes the form of “opening up” and becoming a conduit for energy from the cosmos to pass through to the client. Zero-Point QiGong, Reiki and Quantum-Touch are three examples of this style of work. Classical forms of QiGong see the practitioner utilizing their own personal energy stores to impart to the client. As such, it’s taught that a QiGong practitioner should have a daily practice to cultivate significant energy stores before doing healing sessions. In some QiGong styles, practitioners are not allowed to do healing sessions until they’ve practised and mastered the art of cultivating and storing universal life-force energy for several years.

In these putative forms of energy healing, the shared concept is the passing on of healing energy to client. The idea is that when the body is in less-than-optimal health and well-being, the body’s energy level and so-called “vibration” are lower than required. In offering the client healing energy, the client is able to restore balance and, therefore, optimal health. Some modalities complicate matters by describing the use of different types of energy for different healing. For the purposes of this article, such discrimination is unnecessary and overly complex.

Some modalities focus specifically on opening to flow and being utterly passive in energy transfer to the client. Some forms of Reiki are examples of this approach. Other modalities, such as Quantum-Touch Level 1 (historically called Quantum-Touch Basic), are more busy with specific breathing techniques, visualizations and even hand positions to effect certain results.

As opposed to “running energy” or being a conduit to transfer energy to a client, other types of energy healing approach healing from the standpoint of stillness and creating the potential for change. The approach could be described as meditative versus mechanical, as the work very philosophically could be described as being more about Being than about Doing. The Wonder Method by Alain and Jody Herriott is a good example of this type of work. The essence of this form of work is the practitioner facilitating change in the client by creating an environment of healing potential. To be honest, it’s far more difficult to describe than it is to do. In any case, this form of healing still utilizes specific techniques to approach healing. An example of this would be following energetic flows in the body to discover blockages and then free the area to encourage flow.

Another variation of putative energy healing involves working with the etheric double or aura and detecting blockages in the body by examining the shape of the energy field around the body. Typically, this is done by using the hands above the body to sense the field, which feels very much like the repulsive force of two magnets with the same poles facing each other, but on a far more subtle scale. As described earlier, some forms of this type of work have the practitioner focusing on being a conduit for universal life-force energy while others utilize the practitioner’s energy stores. In both cases, the practitioner pushes through the various hills and valleys of the etheric double to clear blockages in the meridians and restore flow. This is done until the energetic shape or field of the etheric double is symmetrical.

Another way that energy healing is approached is by pure meditation. The practitioner meditates on the idea of healing within the client and in doing so creates an increased potential for change. This type of work could be considered to be “pure intention”. In constructive (or focused) meditation, the practitioner doesn’t so much focus on stillness of mind as much as holding the intention of the desired outcome.

Over the years, my answer to this one has changed quite a bit. When I first started on my journey, the form of energy healing I learned was working with the etheric double. I was taught a more QiGong-oriented style in which I used my own energy stores. From 2006-through-2013, I worked with Quantum-Touch Level 1, Supercharging and Core Transformation forms, which covered the range of Doing and Being and of being a conduit for life-force energy. Since 2013, I have actively been refining my approaches to energy healing to create my own modality, Zero-Point QiGong. More on that later …

The bottom line here is that any of these forms I’ve discussed can be remarkably effective. They can also be remarkably ineffective. So which practitioner you should visit or which form you should study is all about resonance and comfort. Do you like the practitioner? Do they seem authentic? Do you like the instructor? Do the techniques seem reasonable and, more importantly, fun and exciting to learn and do?

You see, the greatest truth here is that all healing is placebo. No, that is not a derogatory usage. I mean that, literally, no healing is passive, in which the practitioner does all the work and the “sickie” lies there and suddenly gets better. No, healing is only done by the person who’s getting better. The practitioner, to be honest, isn’t even necessary for those people who already “get it”. Of course, the trick there is that once you get it, you don’t get sick anymore.

With all healing being placebo, the real relationship between the practitioner and client is to co-create an intense suspension of disbelief or, rather, a complete belief in the reality of healing. This is the real function of a healing partnership, in my opinion, and I’m sure that among the energy healing community this could be an unpopular concept. It means that no particular modality is any better than the other. It means that the only thing that is important are the aesthetics of a particular style and how it resonates with the practitioner and client.

That’s no bad thing, though. Some people like busy-work. They like Doing. They like pushing and pulling, breathing and focusing and all sorts of stuff. These are the things that enable them to suspend their disbelief – to distract their conscious mind’s Critical Factor – and fully align with the idea that healing is taking place. That, after all, is the most important thing.

Those who like the stillness and resonate with the whole Zen approach to life would do well with the more “internal” modalities. Those who feel strongly aligned with T’ai Chi and QiGong methods should, by all means, work from those perspectives.

A quick word about working with animals: My use of the term “placebo” a bit earlier might not seem to fit here because animals simply don’t have an opinion one way or the other about the work being done. They only know how they feel and whether they engage with the practitioner. One of my furry clients had cancer many years ago and would howl and bark at me each time I stopped running energy on him. I found his reaction to be quite instructive. But I’ll stand by my use of placebo in the same context I outlined above in that my job is to be a conduit for life-force energy and hold space for my client to heal. I don’t heal the animals with whom I work, but nonetheless we have a relationship of trust that creates healing potential.

There Is No Right Or Wrong

The placebo effect between practitioners and clients is a powerful tool with which to create well-being. You can find YouTube videos of Gregg Braden showing the work at a Chinese hospital where all work is done without surgery, and three QiGong practitioners shrink a 3-inch gall bladder tumour to nothing in just a couple of minutes. Western allopathic medicine says that this is categorically impossible and, well, if you believe it’s impossible, so shall it be. The secret is that what you believe, you create.

So, if you’re choosing a practitioner or instructor, choose the one who seems the most authentic. Choose the one who radiates truth, integrity, love and true belief in the healing process. It doesn’t really matter what style of energy healing they practice. If you’re choosing a style to study, find the one that most closely matches your philosophical likes and behavioural preferences. If you like doing things with your hands more than being still, for example, a meditative healing style would not be effective for you. Go with what you know. Go with what you like.

In my case, I’ve studied and teach all the different categories I’ve discussed here. Which do I like the most? You know, it depends on my mood. Some days, I like just Being. Other days, I like Doing. In any case, I KNOW I’m going to get marvellous results, and my clients know that, too. As such, whatever I do on any particular day doesn’t really matter. Zero-Point QiGong, Living Intentionally’s own modality, includes technique styles from all the various categories we’ve discussed. It even has a set of moving forms for energy cultivation.

The world of energy healing is all about the Law of Attraction and manifesting. In fact, the most important word is: INTENTION! It is all about holding an intention of well-being, seeing it as having already transpired and being real. It is in seeing your client – or yourself – as being perfectly healthy in every possible way, for the highest possible good.

If you’d like to have a session with me, you can click on the Store menu on the Living Intentionally web site and purchase the package that’s right for you. I’m looking forward to it!