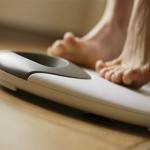 In my article, Diarrhea: Shhh! It Happens, I mentioned that it’s quite common for hunger to drop off substantially over the course of a few days of fasting. I’d like to take some time to discuss the reason for that, along with some other related information that you might find useful.

During fasting, one’s glycemic and insulin index drops considerably. Interestingly, there is an inverse relationship between satiety and GI/insulin index. In other words, the higher your glycemic and insulin blood serum index, the hungrier and less satisfied you’ll tend to be. A common feature of low-carbohydrate and ketogenic diets is a reduced sense of hunger, even during times of significant caloric restriction. It’s an interesting phenomenon, but as one passes through the initial stages of hunger and enters ketosis, one experiences reduced sensations of hunger.

Ketosis is a physiologic state in which the blood features higher levels of ketones. Ketones  are produced by the liver during times of fasting and starvation when its glycogen stores are depleted and the liver turns to using fatty acids instead of  glucose. One of these ketone bodies, acetoacetate, breaks down to acetone, which is used as a fuel, but is also passed out of the body via urine and breath. Ketosis can, therefore, feature subtly sweet breath.

Physicians involved in modern athletic training research have discovered that the body naturally goes into ketosis during long physical workouts. It’s not just long workouts, however, that feature a ketogenic state: If one has a workout first thing in the morning on an empty stomach, the body has already been fasting for up to 12-plus hours. Pushing the body into strenuous physical exercise in this state immediately causes it to enter strong ketosis.

The benefit of  exercising in ketosis is a boon for folks who are looking to lose weight. Exercise on an empty stomach causes the body to turn to its fat stores for maintaining energy during the workout. Drinking ~500 ml of water and then heading out for 30 minutes of exercise is a great start to your metabolic day.

When you get back from exercise, your body will benefit most from a high-protein, low-carb meal that is easily digested. The idea is to give your body the protein it needs to build muscle. These so-called recovery meals are important because when you do it right, you can extend your recovery for almost the whole 24 hours after a workout. High-quality, whey protein concentrates (not isolates) from a reputable health food store is a potent tool in giving the body complete protein with which it can rebuild muscle.

The first meal after a workout should happen relatively soon and it should be relatively light in terms of digestibility. Fuelling the body easily and quickly gives it a quick recovery and encourages it to switch out of starvation mode immediately. Subsequent meals can feature harder-to-digest proteins, but all meals should be low-carb, in my opinion.

I don’t promote ketogenic diets, per se, but I am a fan of what I would call an “evolutionary diet”. I like a richly varied diet of animal protein (meat, eggs, seafood), vegetables, fruits/berries and nuts. The evolutionary aspect is in removing pretty much any grains as well as vegetables that require cooking in order to be edible. From an evolutionary perspective, humans have been steadily evolving from the protoplasm for about the last 2.1 billion years. Of that time, agriculture and especially the consumption of grain has only been with us for ~10,000 years. The bottom line is that our bodies simply didn’t evolve to take in as much carbohydrates as we do.

Eating more in line with what our ancestors would have eaten some 50,000 years ago puts us in line with taking in about 65% of our daily calories in the form of animal protein and the rest being various amounts of vegetables, fruits, berries and nuts. Add some exercise before your first meal of the day and you’ll be regularly entering ketosis. You’ll regularly be burning fat for fuel and, as a bonus, your trimmed down fat cells will be storing fewer toxins.

There is some confusion even among medical professionals about the difference between ketosis and ketoacidosis. Simply put, ketosis is a perfectly normal physiologic state that the body enters any time it enters a fasting or starvation phase. Ketoacidosis, on the other hand, is a state typically experienced in Type 1 diabetics when fatty-acid metabolism increases abnormally due to a shortage of insulin, or in people who have experienced acute alcohol intake and have diminished liver and/or pancreatic function. There is a small percentage of the population who will experience ketoacidosis after prolonged periods of ketogenic dieting, and this is another reason, I think, to go with a more evolutionary approach to diet.

As you experience ketosis on a regular basis, you’ll find your energy levels going up rather than down. You may even find your partner commenting on how sweet your kisses are. That usually encourages more kissing. 🙂