The Erosion of Our Rights 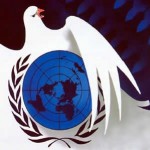 I’ve been reading a lot of stuff lately that have concerned me with regard to the apparent chipping away of our rights. A lot of the trust we have put in authority to take care of us has, instead, been usurped for selfish interests. Many people think that things are okay. I’m not quite so sure.

Since I became more and more aware of the importance of eating whole, raw foods, my attention has often been drawn to notice the things that I think we should be allowed to access and yet are denied.  Many raw foods, such as raw cow’s milk, are illegal in many places. It’s done under the pretense that our health interests are being protected, but when I see how the laws are being upheld, it strikes a chord of concern in my heart. Something isn’t right.

When it comes to raw milk, for example, I’m shocked not that it’s difficult to find or expensive, but that it is illegal to purchase, period, in so many places. If I want to make whole yoghurt from fresh, raw cow’s milk (which I do, by the way), as a resident of Japan I cannot. Raw milk is illegal here and the penalties for farmers selling it are swift and severe. The same is true in many parts of the U.S. and Canada.

The same is true for things such as raw honey. And even if you think you’re buying raw almonds, it’s important to know that they’ve been flash pasteurized. Most raw almonds sold in North America come from California, and the laws are such that they all get pasteurized to some extent. In other words, raw isn’t raw, despite what the label says. How’s that for the truth in advertizing supposedly promised by those in charge?

The FDA and companies such as Monsanto have been pushing to deregulate food labeling such that GMO products no longer need to be specified as such. It’s a scary thought that those who would consciously choose to avoid such products would no longer have the labeling to trust. There’d be no way to know for certain whether you were eating GMO or not whenever you were buying from a conventional grocer.

The problem also extends to supplements. In the 1990s, the FDA tried to push through regulations that would have enabled natural supplements to be tightly controlled. Things were eventually rewritten to take away that power, but the FDA is once again working hard to get it turned so that Big Pharma will likely be the only ones with enough money to get supplements tested to the same levels as toxic materials. Moreover, there is a huge danger that “proven to be safe” would require dosages so insignificant as to relegate supplementation to be all but useless. The health implications are non-trivial, as would be the outcome for Big Pharma itself.

In Europe, directives were passed strictly controlling herbs and supplements. In various areas, certain substances are no longer available. The same is true in Brazil and other countries, where strict regulations have made certain “common” supplements exceedingly expensive our simply unavailable. And because of the Central America Free Trade Agreement, the rules that get imposed there, could very well be imposed on Americans. NAFTA, subsequently, ensures that Canadians get to enjoy the same imposition.

All this is supposedly being done in the name of safety, but I really have my doubts.

Codex Alimentarius is an international body recognized by the World Trade Organization as a reference standard for food regulation and consumer safety. In 1996, the German delagation to Codex proposed that no herb, vitamin or mineral be sold for preventive or therapeutic reasons and that supplements be reclassified as drugs. The proposal was agreed to by the other member delegations, yet it was not implemented due to widespread protests.

In 2005, the body penned the Codex Alimentarius Guidelines for Vitamin and Mineral Supplements. Similarities exist between these guidelines and the EU’s  Food Supplements Directive. Critics of both have stated that the results in the marketplace have been to reduce availability of products rather than protect consumers from false claims.

I have to wonder about the real issues when I’m faced with the reality that I can walk down to my corner store and buy cigarettes and alcohol galore, but raw milk and raw cheese are nowhere to be found. How exactly is that protecting me again? Instead of demanding that milk be pasteurized, with the processing destroying much of its nutritional value, how about expanding the laws such that cows must be raised in humane fashion, given the right to range freely and be grass fed?

I read that in California, the state legislature pushed through Bill AB499, which removes the requirements that parents be informed of their children being vaccinated for sexually transmitted diseases. It strikes me that the Land of the Free isn’t free anymore. Since when is it ever okay for parental consent to simply be removed from legal processes?

I don’t have any real answers to any of this other than to say we really all need to be aware of our rights that seem to be inexorably be slipping away. Think about that the next time you’re getting a nice, touchy-feely patdown at LAX.