Garbage Out, Garbage In 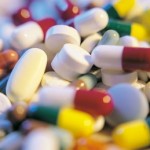 “Garbage In, Garbage Out.”

That’s a saying that we’ve gotten used to over the years, and it has a lot of relevance in our lives. If we put junk into the system, it’s nearly impossible to get high quality stuff coming out at the end of the process. This is true whether it be programming algorithms or physical well-being. There is a flip side, however; one that is becoming increasingly important.

What about our waste? Does it come back to haunt us?

As the thumbnail photo suggests, it certainly can. Recent studies of public tap water in various cities around North America have revealed that a lot of what goes down our toilet winds up right back in our tap water. I think a lot of us — and I was in this camp for many years — falsely believe that water treatment takes out all the bad stuff. Unfortunately, water treatment only deals with a small segment of overall water “health”.

A fact of life for many families is that prescription drugs are not taken according to protocol. This often leaves unused portions of the prescriptions that can end up either being used later without a doctor’s supervision for something that appears to be the same or similar to whatever the prescription was written for, or else they just sit unused for possibly years. One day, those expired drugs are discarded, often by being put down the toilet.

In a world of perfect water filtration techniques, the reclaimed/recycled gray water and waste water would be 100% fit for public consumption. The reality is, however, that as good as our water purification techniques are, they leave nearly all chemicals in place. That warrants repeating:

For most of us who recognize this problem, our first thought is to move to the countryside and get on well water. While this undoubtedly improves the situation, it can’t protect against it 100%. Water is migratory and it travels far and wide from lakes to rivers, rain to puddles and eventually all of it finds its way to the water table in the grand vista of the water cycle.

You Can Run, But You Can’t Hide 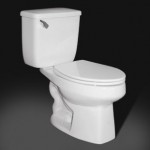 I think the situation is best summed up by a combination of fiscal selfishness and ignorance. Fiscal selfishness on the part of companies and individuals who, despite knowing better, put toxic wastes directly into our water supply. For some, it’s a case of ignorance in that they’re unaware that putting a tub of rusty radiator fluid into a sewer will wind up back in the water we consume within a matter of days. Whether the behaviour is based on ignorance or greed, though, really doesn’t matter a lick at the end of the day. What matters is that any behaviour that has an overall negative impact is unsustainable.

Deal With It Now

If there’s one thing we can’t do with regard to the health of our water, it’s procrastinate. The short-term convenience of maintaining the status quo will eventually reach a tipping point of no return. Since the dawn of global industrialization, we’ve been burdening the planet’s self-healing mechanisms beyond their ability to cope. At some point, these systems that are already unable to keep up with our pace of pollution will fail altogether.

When dealing with vastly complex systems such as we have on Earth, there’s always a lag between cause and effect relationships. A cause may effect damage on a subtle level such that we’re not even aware of it until the situation is no longer minor. Complex systems have, by definition, complex interactions. Moreover, because our negative input into our planetary systems are many and varied, there won’t be any single solution — no magic bullet — that puts everything right again within a short period.

It’s Not About Jobs

It’s not about jobs. At least, it shouldn’t be. If you’re a one-trick pony who only knows how to cut down trees, then I suppose it might make for a painful transition were you to find your industry in flux. Change, however, tends to be a good thing, and I personally think that a move to sustainable, green living is one chalk full of business opportunities.

Green technology is big business. Green methodology is a field in which we’re only mere babes in the woods, so to speak. The key to our success will be a two-pronged approach to our environmental problems:

Ultimately, it’s the responsibility of government and business to strongly focus attention to #1. Our tendency might be to view #2 as our silver bullet that will slay the vampire of non-sustainability, but it would represent an unwillingness to truly change.

We need clean, healthful water in which to drink, cook and even grow our food. Without clean, fresh water, our forests will struggle and eventually fail. If our forests fail, WE fail. We rely on our forests to act as the great air purifiers of our planet, and without them we cannot survive.

Instead of clinging to old ways of doing things, look for ways to reduce your waste and responsibly dispose of anything that could harm our water supply. Each little step in the right direction as a cumulative effect on the entire planet. A large number of small gestures can have an enormous effect that can put us — and keep us — heading in the right direction.