The Oxymoron of Racial Purity 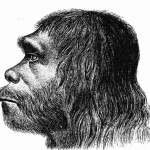 From time to time, I’m reminded of the divisive outlook on life by various members of society. It might be a newscast reporting on racial tension someplace in the world. Maybe it goes beyond tension and extends to violence. And, sometimes, it’s closer to home, as some Japanese refer to my Japanese-Canadian kids as being “Half”. Personally, I prefer the term “blend”, but what do I know?

No, this isn’t going to be a lecture on the equality of people, although I certainly am a fan of that ideal. I just thought I’d take a moment to reflect on the fact that while a lot of people get hung up on purity of race, they’re blissfully unaware of the fact that homo sapiens sapiens is nothing but a mongrel. We’re not half. In fact, if research is correct, we’re a hybrid of no less than three species.

Evolution is an interesting topic in and of itself, but hybridization involves more than mere evolutionary principles. The human genome has been compared to that of the Neanderthal genome and that of the Denisovans. The results of that comparison was somewhat startling. The conclusion of researchers was that modern humans took the opportunity to mate with our hominid relatives and the result was successful offspring.

How successful? Depending on who you ask, anywhere from 2.5-4% of our modern genome is Neanderthal. And if you’re Polynesian, you’re likely carrying some Denisova characteristics. Homo sapiens isn’t just promiscuous with our own kind; it seems that we took advantage of doing The Deed with others not quite like us.

So, for those of us who get stuck on colour, here’s a clue: You’re not even 100% modern human as first came on the scene. You’re a mix of homo sapiens, Neanderthal and maybe even Denisovan. And as research continues, it wouldn’t surprise me to find other evidence of “cross pollination” in our genome. So, if you’re getting uppity because your sister is dating somebody of a different colour than you are, the joke is ultimately on you. For as pure as you’d like to think you are, you’re nothing but a mongrel inbreed.

As are we all.

Frances Boas, the father of anthropology, has been quoted as stating that there is no such thing as race. Based on the research I’ve followed, I find myself having to agree. Biologically speaking, the differences between “races” reflect such small differences in the genome as to be effectively meaningless. And I think we need to be very careful about how we define ourselves in terms of adaptations to localized environment. It only takes a couple of generations for adaptations to environmental stress, e.g., increased sunlight, to slowly take hold. It seems ludicrous to me to imagine suspiciously looking at my great grandchildren and thinking that they’re somehow impure compared to me simply because they may be lighter or darker.

But, again, what do I know?

Getting back to Neanderthals and evolution for a moment, I find it interesting to consider that while there were never more than ~100,000 Neanderthals ever in existence, the fact that up to 4% of our genome is Neanderthal, carried within each of us, is a beautiful testament to their overall success. We typically think of Neanderthals as an evolutionary failure, but we carry a part of them in each of us.

So, if somebody ever decides to insult you by calling you a Neanderthal, just grin and say, “Yeah. What about it?”