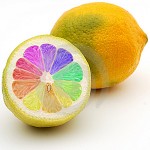 Agricultural companies such as Monsanto and Del Monte are constantly on the lookout for ways to improve crop yields, reduce costs and improve profits. What company wouldn’t? Of course, how you go about the process is what differentiates one company from another.

Corn and soy are two popular GMO crops. Others are cottonseed and canola, both of which are primarily used as cooking oils. These crops are the “big four” of genetic modification in our food chain. Cottonseed and canola are hugely popular oils in industrial food production.

Those Doritos you munched on while watching the Superbowl? Made with GMO corn. If you’re drinking soy milk from one of the larger, conventional companies, chances are better than good that the soy is genetically modified.

Industry would like you to think that GMO products are just like those found in nature, with differences roughly equivalent to selective breeding. Unfortunately, the truth is remarkably different. That difference lay in two specific areas: our understanding of the genes involved and how we insert the genes from one organism into another.

It’s tempting to think that scientists wouldn’t play with genetics unless they really knew what they were doing, and that might be true, but science and industry walk different paths. The fact is, despite our not really understanding the complex workings of DNA coding and gene sequences, companies such as Monsanto are all too happy to take genetic material from one organism and put it into an entirely different one. Calling GMO products “Frankenfood” is rather appropriate.

How those genes get “spliced” into that other organism is a whole different matter. The technique employed is to literally shoot the material into strands of DNA, hoping that it will knock out the natural sequence and replace it with the new one. Obviously, since we have GMO products at all, they’ve got this working. It doesn’t just work on the natural gene, though; there’s collateral damage.

Other portions of the DNA sequence is damaged during injection of the GMO sequence. This has the undesirable side effect of new proteins being turned on, genes that would not normally be expressed being enabled  or genes normally being on being turned off. The result is an organism that is mostly what we expect, but one that can behave in unpredictable ways and have completely unknown consequences.

Humans have seemingly dumbed themselves down to not really be able to tell the difference, but “lower” life certainly recognizes GMO from non-GMO. Many animals innately recognize the unnatural aspects of the GMO products and won’t eat them when given a choice between GMO and non-GMO.

There are plenty of anectodal stories out there of, for example, deer being offered GMO corn in the winter and refusing to eat it. Plenty of stories of pigs leaving the GMO feed in the trough while chowing down mightily on the non-GMO in the adjacent trough. Google and you’ll see.

Not so anecdotal are the risks of sterility in animals being fed GMO corn and soy. Birth defects. Shorter life spans. Premature aging. Most interestingly, science is now finding that genetic markers of GMO foods are being passed directly into the gut flora of the animals eating it. The consequences of this are startling. I don’t know about you, but I’d rather not have my own gut producing Roundup. Think that’s impossible? Think again.

There are some really good resources out on the ‘net that help to explain the risks of GMO products. Read up on it and make good decisions. Your life very literally depends on it.