Dealing With The Iodine In Tokyo’s Tap Water 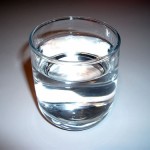 Yesterday, it was big news that Tokyo’s tap water is showing some pretty significant numbers of radioactive iodine. On Tuesday, a level of 210 becquerels was detected. A sampling taken on Wednesday had 190 becquerels. These are still within limits deemed to be safe for adults (300 becquerels), but exceed the safe limit for infants (100 becquerels).

The numbers are bad on the surface, but the risk in reality is fairly minimal. Better yet, there are things one can do to further reduce risk.

Bathing: This is a biggie. I sure love my showers, and bathing is practically a national pastime here in Japan. Unsurprisingly, this whole process of bathing will expose us to contaminants in the water. What people probably don’t realize is that the misting of water from the shower head and steam vapour combine to give you a 1-2 double-whammy. More contaminants can pass into the body because of the extremely thin blood-gas barrier in the lungs. So, the first order of the day is to minimize time spent bathing, especially showers. Keep the temperature low to reduce steam and get in and out quickly. This doesn’t just minimize exposure to radioactive isotopes, either. Short of using a filter on your shower, this is the best way of reducing exposure to chlorine.

Laundry: Iodine 131 has a relatively short half-life of ~8 days, so one quick way to improve your odds of limiting exposure is to rotate your freshly washed clothes to the back of the drawer. The idea is to wear your oldest-washed clothes so that much of the radioactive isotopes will have already decayed to become harmless. You don’t have to be silly about this. Any delay helps, so even those with a small wardrobe will be okay.

Bottled Water: Generally, I’m not a fan of drinking bottled water, but this is a situation for which I’ll make an exception. Sealed bottles are protected from radioactive isotopes, so drinking this water and using it for cooking is a good way to keep things under control. Do be warned, however, that some bottled water manufacturers have been outed for just using tap water. Because of that, there is always the possibility that they’re bottling irradiated water.

As always, the biggest issue here is to have your health in good order. Reducing inflammation, sleeping in accordance with our natural circadian rhythm, and a diet that promotes well-being are all parts of the puzzle to being able to weather problems with ease. The worst thing you can do is worry. We live in a universe of vibrational energy and radiation. Our bodies are used to taking a hit and fixing what gets broken.

Radiation is a concern in the aftermath of all that Japan has endured since the 11th of March. It certainly isn’t the beginning of the end.