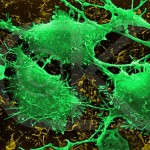 One of the saddest signs of our time is the incidence of cancer increasing to such an extent that in North America, 20% of the population will die from cancer of some form. Twenty percent! As such, many of us have been touched by the loss of somebody we know and love. I lost my own mother to cancer.

As much as it seems to be becoming the “new norm” of 21st century living, it need not be that way. Cancer is a new illness. Back in the days of Ancient Egypt, cancer was a rare disease (as proven by the lack of cancer indicators in mummies studied). Because of this, it’s worth looking at the diet and lifestyle changes human beings have experienced as a lead to what the causes of cancer really are.

The causes are actually simple and obvious. That’s the good news. The challenging aspect for most people is that the causes are scattered throughout our modern life. It’s not a matter of finding that single cause because there is no single cause. And the answer isn’t going to be found in that Magic Bullet of a cure that researchers having been hunting for, either. Cancer is a lifestyle disease. Cancer isn’t the problem, ultimately; it’s only a symptom of something much bigger.

Collectively, we don’t live well. We eat the wrong stuff, drink the wrong stuff, sit on our butts and wait to be entertained. We surround ourselves with chemicals that poison us. And many of us remain in a state of perpetual denial about it all because since it’s legal, it couldn’t be that bad for us, could it? In a nutshell, it not only could be, it is. With very few exceptions, it all is.

I suspect that most people have at least a minimal grasp of the idea that high sugar intake is a primary contributor to diabetes, but I wonder how many people are aware of the connection between sugar and DNA damage, which is a primary cause of cancer. It’s a simple bit of biochemistry: Sugar is highly oxidative, which means that it reacts with oxygen molecules. Oxidation in your body creates all sorts of havoc. At the DNA level, it can actually turn off genes that are responsible for proper immune function. And just as scary, it can sometimes turn on genes that would be better left turned off.

Overeating causes more than obesity. We’ve evolved to deal with near-constant food shortages. Because of this, we really don’t know how to handle the kind of gluttony that modern lifestyle and diet encourages. There is research that now suggests that in the face of excessive calories, our protein scavenging and dead-cell janitorial processes don’t work correctly. It seems that the best way for us to eat is not only a protein-rich diet supported by fruits, berries, vegetables and nuts, but to eat that diet at a restricted intake level such that we move in and out of “starvation mode” throughout the day. Moreover, the early morning hours seem to be our time to purge toxins that have been scavenged from our bodies overnight. Interesting, isn’t it?

Chemicals are pretty much everywhere and in everything. The average household has a scary collection of stuff under the kitchen sink. The toilet, too, can be a repository of all manner of caustic cleaners, artificial scents, perfumed/dyed toilet paper, etc., etc. Most processed foods have lists of chemicals longer than any real foodstuff. A lot of chemicals in our daily life are generally considered to be safe, but many of them, alarmingly, have warnings that pregnant women and children shouldn’t be exposed to them. Here’s a thought: If it’s not healthful for a pregnant woman to be exposed to a particular chemical, it’s not healthful for anyone to be exposed to it. Being pregnant doesn’t make you more susceptible. Take the hint.

What Can I Do About It?

If you look at the bigger picture, it can seem utterly hopeless and overwhelming to try to eradicate all the harmful elements from your experience. And, yes, if you try to take it all on in one, big chunk, it absolutely will be too much to handle. The good news is that any effort you make is going to have a positive effect. The trick is to take baby steps.

Make small changes. Add one change at a time till you’re comfortable and used to the new way of doing things. One of the first things that I encourage is to stop using dyed/scented toilet paper. The scents are artificial aromatic compounds that are simply horrible for you. The dyes, too, cause all manner of problems. I remember my mother teaching me about the danger to women’s sensitive parts caused by these perfumed and dyed toilet papers. That was at least 30 years ago, so it’s not as though it’s new information.

Air fresheners of any type introduce aromatic compounds into your living space that can have serious health repercussions. Instead of using artificial solid or aerosol fresheners, use a simple “night light” style heater and add a couple of drops of organic, essential oil. Lemon is particularly nice for adding a cleansing scent to a room.

Since this article is already getting rather long-winded, I’ll stop here for the time being and will revisit the topic again. There are many ways we can easily reduce our exposure to things that are harmful to us. Some are more obvious than others. As you make these small changes, your well-being will sneak up on you unawares. One day, you’ll awaken to realize that you haven’t felt so good in years. Maybe even your whole life.