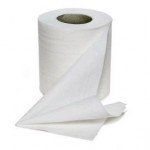 No matter how well you live, chances are you’ll be afflicted with diarrhea at some point. For most episodes, it ends up being nothing more than a minor inconvenience and discomfort. For some cases, however, not only can it be a big deal, it can even be life-threatening.

It might not be a typical article for Living Intentionally, but after a full 4 days of extreme diarrhea and fever as high as 39.1°C/102.4°F from Friday to Monday, I confess that the subject is a lot dearer to my heart than I’d particularly like. As I worked through my situation, coming out the other side mostly intact except for my toilet paper supplies, I thought I’d share some of what I consider to be best practices when dealing with such a health challenge.

There are a few things to take under advisement when first dealing with the onset of loose bowels. The first thing is to realize that the cause can be a purging function of the body trying to rid itself of a pathogen. Rather than a purging mechanism, sometimes the problem comes as the result of intestinal instability caused by an imbalance of “good” versus “bad” microflora in our gut, medication or a combination of other dietary, lifestyle, physical or emotional stresses.

It’s often best to let diarrhea run its course. In all but extreme cases, we’re well conditioned to dealing with the temporary nature of this disorder. In the mildest cases, where one would only have an instance or two of looseness, there really isn’t anything at all one need do beyond normal. As the severity of the condition increases, greater care must be taken to ensure your overall well-being is protected. If you’re not careful, you can end up in hospital or worse.

The first order of the day with diarrhea is to stay well hydrated. This can be an incredible challenge when dealing with more severe episodes. Many people may not realize that the vast majority of the water we drink is absorbed at the rectum, as a part of the process that firms up our stool. Since diarrhea is a condition that features frequent excretion, our opportunity to absorb this water is greatly diminished. Moreover, since the frequency of our movements is unpredictable at best and near-constant at worst, ideal hydration involves frequently sipping water instead of drinking down big glassfuls at longer intervals.

Sipping water makes for less of a burden on the bowel, which is going to be in a very sensitive, inflamed state. The bowel in the beginning and middle phases of diarrhea will be quick to trigger excretion any time it senses something coming “down the pipe” that could cause distress. And that, frankly, is just about anything that changes its environment quickly.

As a bout of diarrhea continues unabated, various problems for the body begin to arise. One of the more serious things is electrolyte imbalance. One easy way to help keep this from ever becoming a problem is to add just a wee bit of sea salt or (my choice) Himalayan rock salt to your drinking water. The idea is to just add enough such that you can taste it, but not so much as to make your water unpalatable. An adult would ideally want about 1 teaspoon over the course of 24 hours. Children not more than about 1/3 that amount. (People with sodium sensitivities or related issues should definitely work with their licensed health care professional in this matter.)

Generally, with diarrhea exhibiting bowel irritation, it’s wise to avoid solid foods and stick to a clear-liquid diet. Mild soup broths, water and herbal tea (without sugar or milk!) should be all you take in until such time as things begin to calm down in the tempest below. This, goes a long way to helping the bowel recover. Unfortunately for sufferers of longer-term, more severe cases of diarrhea, it also presents some new problems.

By the time day 3 of a fast rolls around, the body will have completely used up its protein reserves. The brain requires proteins, and so for the body to ensure its own survival, it begins breaking down its own muscle tissues to provide the liver with the ingredients it needs to serve up some food for the brain.

As another means of providing fuel to the body, the body uses up its stored fat. This is a good thing overall, but there is a gotcha: Toxins are mostly stored in fat cells, and as fat cells are depleted of their stores, toxins are released into the bloodstream. This scenario can create a powerful problem for a person trying to heal from diarrhea, as now the liver and kidneys can be heavily burdened by the task of trying to purge toxins. The more overweight a person is, the more likely it is that significant toxins are being released from fat cells during fasting conditions. Hydration is key here. For those who can get it, activated charcoal tablets or capsules can be a huge benefit in drawing out toxins (including nasties in the colon). As with everything, follow the directions on the bottle and don’t overdo it. More is NOT better.

The last issue that needs to be discussed is gut flora. Your gut is home to trillions of beneficial bacteria (microflora) that live in symbiosis with you, their human host. They thrive on our waste, and we thrive on theirs. Recent research indicates that well over 50% and maybe even as much as 90% of our immune function actually takes place in our gut. As such, we want to keep those communities thriving.

When we experience severe and/or longer-term diarrhea, the balance and well-being of these communities is compromised, which sets us up for decreased immune function, incomplete digestion, insufficient mineral/nutrient/vitamin absorption and more. It’s therefore important for us to look toward nurturing and restoring these microorganisms as soon as we sense a return of stability to our bowel.

Step one is to get a good quality probiotic that will repopulate your gut with healthful organisms. There are various kinds of probiotics, and some folks respond better to some than others, so it’s worth experimenting to find one that works for you prior to a diarrhea episode. The one I use has 100 million organisms per serving, which is about as high as I’ve seen anywhere.

Step two is to feed those organisms. The soup broth will be full of something called oligosaccharides, which occur naturally in vegetables. You may also find and use an oligosaccharide supplement, sparingly. Oligosaccarides are prebiotics, which means that whatever we don’t digest is used as food by the microflora in our gut.

As you introduce solid food back into your diet, resist the temptation to eat heavy meals. Eat small portions, gradually increasing the frequency in which you partake in meals. You’ll have likely found by the third and fourth day that your hunger has dropped off remarkably. There are reasons for that, and that’s a subject for another day.

This is Trane Francks signing off for now. Take responsibility for your well-being and master your life!