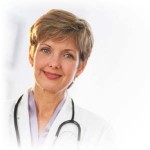 Of all the decisions we make in life, choosing a doctor with whom to work is one of the most important. This is especially so if you or one you love are involved with significant health challenges. I’ve been blessed with having some great experiences over the years. I’ve also had some not-so-great experiences. They all taught me valuable lessons.

My first negative experiences as a patient involved our family doctor when I was a youth. At 15, I had chicken pox and was having a very hard time with it. I was given medication, but it was misprescribed and suddenly my situation became much further complicated. Not surprisingly, my mother was livid.

Several years later, I learned about a very common issue: The mistrust of chiropractic by general practitioners. I took an extremely bad fall on the ice and was in severe discomfort with lower back pain. I immediately went to my GP and he wrote me a ‘script for a 3-day supply of muscle relaxants. Three days later, the pain was worse than ever and I was back for a followup visit. I was desperate.

I asked my doctor about chiropractic and he warned against it. I asked him what my alternatives were and he suggested that he’d write me another prescription. I was worried that I’d spend the next week similarly chemically altered and not getting any better. I turned down the prescription and decided to investigate chiropractic.

When I got to the chiropractic office, I had no idea what to expect. What I experienced was eye-opening. I was X-rayed and then given a walk-through of what the chiropractor had found. He laid out a treatment schedule that he expected would resolve my immediate issue and then move me into long-term, preventive maintenance.

One week and 3 visits later, I was feeling better than ever. My girlfriend at the time was experiencing chronic headaches and I suggested she visit the chiropractor. Another week and another solution. Her headaches never came back while we were together.

Such anecdotes might be useful in case you’ve been considering chiropractic, but have been warned against it by your GP. Chiropractic is, by nature, a preventive practice whereas most GPs reactively deal with problems. Ultimately, if chiropractic is successful, patients will have few reasons left to see GPs. It affects the bottom line.

The good news is that many physicians out there are both open-minded and aware of various healing modalities outside of their traditional realm. These doctors can be your best ally in getting proper health care when you’re facing a specific challenge.

Back when I lived in Toronto, Dr. Eric Hatashita was my ally. I learned of him by way of being a jujitsu student at the Hatashita Dojo run by his father, the late, great, Frank Hatashita. When found out that Eric was not only a strong judo instructor but also a general physician, I decided to seek out his services. It was one of the best decisions I ever made.

Dr. E shared a common vocabulary of martial arts terms and techniques. One day during free practice, I injured myself doing a particular technique and I immediately headed to the doctor’s office. When I told him what happened, he knew right away that the likely outcome was an acromial-clavicular separation. He made arrangements for me to visit the sports medicine department at Mt. Sinai hospital.

To make a long story short, the injury was bad and recovery was slow. I went through painful rehab, but came out the other end having a keen appreciation for my doctor’s wisdom in referring me to such a first-rate clinic in what was arguably one of the finest hospitals in Canada. I learned much about rehabilitating injuries thanks to the team’s openness to my questions.

This leads me to another bit of advice: Look for a doctor who understands the domain in which you’re operating. This is true whether it be specific sporting activities or particular health issues. If you visit a doctor and he or she’s not up to speed with your particular health challenge, find one who is. And when you do, find out whether he or she is relatively current (within a year) of knowing about the latest research in the field.

Health care professionals in many places around the world are often required to take continued education to keep their licenses current. It’s worth finding out from your potential doctor what kind of education they take over the year to remain current. If the doctor is primarily concerned with following drug studies, it may be an indication that this doctor is more interested in prescribing pills and managing symptoms than getting to the root of the problem. That would warrant some further questions.

Don’t be shy about interviewing a potential doctor. We tend to view them as all-seeing and all-knowing paragons of authority, but the reality is that many of them spend much of their professional lives being overtired and overworked. Any doctors who becomes annoyed by you questioning them about their approach to medicine are, in my opinion, not viable choices as health care providers.

I also encourage you to find doctors who understand about subtle energies. Acupuncture might be relatively new to Western medicine, but it has been around for thousands of years in Chinese medicine and is well known to be effective for a wide range of issues. I’ve experienced acupuncture first hand and definitely feel that it can be of benefit. It certainly was for me, although I confess to not enjoying needles in any case.

Ultimately, the best doctor is one who is interested in getting to the root of the problem and who is willing to look beyond obvious symptoms. He or she works hard to keep up to date with current research, and recognizes the body is a single system rather than a collection of disparate parts. The best doctor is at least theoretically conversant on different healing modalities outside of his/her specialty and recognizes their strengths and how they may be of benefit to the patient.

When you’ve found that gem of a doctor – and you will if you look – you’ll have found a strong ally who will work with you and for you to give you the best healing experience possible. It will literally change your life. Good luck on your quest.