Wishing There Were A Cure For …. 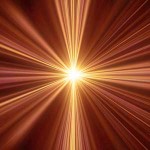 If you’ve been on a social networking site such as Facebook or Twitter for any length of time, you’ll no doubt have seen a tweet, post or meme extolling the virtues of recognizing the plight of any number of illnesses and wishing for a cure. Whether it be cancer, Alzheimer’s, Parkinson’s, autism or anything else you can imagine, somebody somewhere has posted.

There’s good reason for these posts, too: In the last 20 years, we’ve been inundated with an unimaginable number of new and novel diseases. Diseases that used to be rare are becoming increasingly common. Those of us in our 50s look back on our own childhoods and have a hard time imagining how kids of today could possibly be so sick.

Yesterday, a good friend of mine asked me, “When you were a kid, do you remember a lot of kids in your school having allergy problems?” The shocking fact is that during my entire childhood, I do not remember a single kid being allergic to anything. Nobody was exempt from Phys Ed due to a condition. Nobody carried an inhaler in his/her school bag in case there was an asthma attack. Nobody worried about eating foods because of allergies (although many lunches were traded due to not liking the contents various moms supplied).

What’s more, none of the kids in my schools were obese. Nobody exhibited signs of autism. There were few irregularities at all. One awesome girl always wore a wig, although I never found out (or don’t remember) why. Almost everybody in my schools were ridiculously healthy. When somebody missed more than a day of class, it was big news.

When we start moving through the decades since I was born in 1961, we see some startling patterns in various illnesses. Cancer is one that hits pretty close to home. I lost my mother to cancer in 2006. In 2009, nearly 30% of Canadians who died did so as a result of cancer. The numbers are getting worse over the years, too: In 1986, 1 in 552 Canadians died from cancer; in 2012, that number when to 1 in 470. The incidence of death from cancer is climbing at a much greater rate than the population is increasing.

So, what about a cure, eh? (Canadian mode engaged.) Medical research is looking, but  a cure for cancer that is safer than the disease itself is still some way off. Finding a cure is all about understanding the cause.

Cancer is one thing, yes, but there are other issues that are also on the rise. If you want to gain a better picture of the problem domain, look at trends in cancer, autism, Multiple Sclerosis and Alzheimer’s Disease all during the same period. It shouldn’t be too difficult to get statistics for all diseases that cover, say, from 1980 to 2010. That 30-year spread is of vital importance, as it represents a period that features:

Now, I fully realize and respect that correlation does not equal causation. It’s incumbent upon the gentle reader to look at the data and arrive at his/her own conclusions That said, it’s this humble scribe’s opinion that if we really want to find the cause of nearly all these new disease trends, we really need look no further than the following two things:

It’s not difficult to determine what causes inflammation. It’s also easy to figure out which common household products contain endocrine disruptors. Remove those from your life and you’ll be well on the way to removing the illnesses for which you’ve been hoping for a cure. Effectively, you’ll have found the best one: Prevention.

Some other keywords useful for those of you who are dealing with such issues in your own life or with loved ones: Probiotics, Vitamin D3, Sulphur, Selenium, Vitamin K2, Omega Fatty Acids.