Jet-Lagged Without Even Travelling Top o’ the mornin’ to ya! I had an uncharacteristically late night last night. This morning, I’m feeling exhausted, despite getting a solid 7 hours of sleep. The problem? I’m experiencing the equivalent of jet lag by shifting my sleep/wake cycle three hours later than usual.

The image at the top of the page is a bit of an exaggeration. I awoke without the use of my alarm, as usual. That said, I feel really, really tired. That’s unusual. And the cause really is the equivalent of jet lag.

Our circadian rhythm really is a metronomic wonder. It is closely tied to the day/night cycle. That cycle is, for all intents and purposes, static. Our day’s duration changes by seconds per week, not hours in a single day. As such, staying up later than usual and getting up equivalently later really throws a spanner in the works. Our internal clock goes haywire because it no longer knows, quite literally, what time it is. 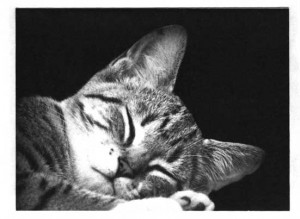 Over the next day or two, I’ll want to carefully restore my sleeping pattern back to the usual so as to reset my inner clock and get my endocrine system signalling normally again. The disruption of the serotonin/melatonin ‘call and response’ mechanism is of crucial importance to resolve. In going to bed so late (many of you will laugh when you see that so late means 11 p.m. in this case), I basically destroyed my body’s melatonin production for the night. While I did get sufficient serotonin production through exposure to light during the day, I was still awake and staring at the screen when my body should have been at peak melatonin output. In looking at the screen, the light stimulated the hippocampus and disrupted production of melatonin.

The result? The loss of a full night worth of our body’s most potent antioxidant and healing hormone. Ouch. It won’t take me long to get back to full fitness. In the meantime, please pass the coffee. *YAWN*