The Logical Mind vs The Spiritual Heart

To listen to audio of this article, click/tap the play button:

The Logical Mind vs The Spiritual Heart  6:22

To watch the associated YouTube video for this article, click/tap the image below: 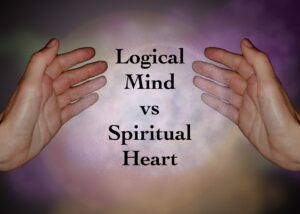 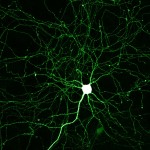 I’m an engineer. I’ve worked in tech in one form or another since 1986. I’ve done software development, software localization and IT in the form of network/server and desktop support. I’ve also had spiritual practices since the 1970s. I started meditating after reading The Journey of Awakening by Baba Ram Dass. In the late 1980s, I was keenly interested in the concept of internal martial arts, such as T’ai Chi, and their apparent use of life force energy as both spiritual practices and martial techniques.

One day in 1988 or ’89, I was scheduling a chiropractic appointment. Dr. Tim offered that if I scheduled to be the last appointment of the day, he’d do some energy healing on me. My good doctor had studied acupuncture and energy healing while in India. I was intrigued, so I booked the last session of the day.

Although Dr. Tim  just called it “Energy”, I later came to recognize that he was working to clear blockages in the Etheric Double. At the point he worked around my skull — and it’s worth noting that he wasn’t actually touching me at any point during the session — it felt as though my skull and brains were being pulled and stretched outward from my ears. It was literally the most mind-blowing experience I had ever had.

That experience turned my logical world upside down. My skeptic’s brain kept insisting that what I’d experienced wasn’t possible. And yet I couldn’t ignore the fact that, 1. I’d gone into the session with zero expectations; 2. What I experienced happened when I was both mentally and physically sound and unaltered; and, 3. Given points 1 and 2, I had to accept at face value that the experience I registered was, in fact, very real. My mind was blown.

Subsequent to this initial experience, Dr. Tim gave me some pointers on how to become sensitive to energy. Later, he taught me the basics so I could do such sessions myself. Over a couple of years, these Etheric Field Balancing sessions became somewhat of a party trick for me. I’d offer free sessions with nothing more required from the receiver than feedback on their experience. It turned out on many an occasion that I’d find blockages and describe what I found to the person, only for them to surprisingly recount that they’d experienced an injury or some chronic problem in the area. My confidence grew.

All during this time and through the years that followed, I remained working with my engineer’s mind. By 2006, I discovered another putative energy healing modality called Quantum-Touch. I read the book and was impressed by the simplicity of the techniques and the way they melded so well with what I was already doing with the Etheric Field Balancing, which I would now describe as a form of QiGong by virtue of it utilizing practitioner energy. QT advocates using universal life force energy through focused breathing techniques. By adding QT breathing to my EFB work, the effectiveness increased and my ability to sustain the work was only limited by my attention span. I went on to study the QT advanced modalities of Supercharging and Core Transformation. Eventually, I became a certified instructor. 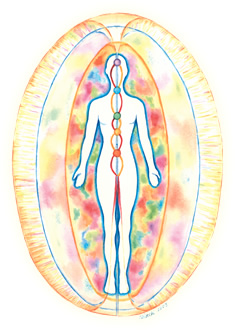 All this backstory is leading up to what many of you will already know: Many alternative healing modalities are not considered to be credible. In fact, it was only in the last week or two that I saw a Twitter thread claiming that energy healing’s efficacy had long been debunked, so skepticism was warranted. And right there is the point of this article: My first-hand experiences contradict such skepticism and challenge the logical brain to accept it as real.

One of the lesser mentioned aspects of healing is that all healing is placebo. Now, I don’t mean that in a negative sense. I mean that all healing is done by the person who is unwell. A doctor writing a prescription doesn’t heal you; he/she gives your body the tools to create an environment within that enables the body to heal itself. That’s what drugs do; they disrupt the current norm in the body so that one or more bodily systems can restore optimal function. Drugs create a physiological effect, not the healing itself. (Note: I do recognize that emergency medicine plays a somewhat different role, but it is beyond the scope of this conversation.)

When I fully accept that my body is doing all its own healing, I can’t really debunk the efficacy of the energy healing I do. Why? Because in the context of sick person as healer, the practitioner of a healing modality is holding a space of possibility for the client. The practitioner is co-creating significant suspension of disbelief in the client to promote the healing placebo. That’s no small thing. When the client and practitioner are both 100% onboard with the process and both absolutely hold an expectation for a successful outcome, the client’s body will take that opportunity and run with it. For lack of a better way to put it, this is the power of intention and it’s a major part of why I called my company Living Intentionally. 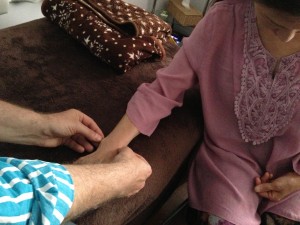 If you go to skeptics’ sites and read up on all manner of alternative healing modalities, you’ll find a lot of negativity. And, sure, there are reasonable points to warrant skepticism. As with all realms, not all actors are working from a place of honour. That said, a relationship that is mutually working towards the best possible outcome for the client has a very real chance of that best outcome. Trust your instincts. And in a modern day world where partisans work overtime to discredit and discount the work of the other side, you owe it to yourself to know that empiricism is valid. Empirical evidence is the very basis of how we formulate hypotheses. And when you find something that works for you, it works regardless of what the logical brain might be whispering. 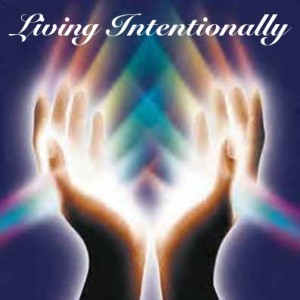