Getting Away From It All 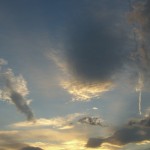 If you’re anything like me, there are times when you’ll crave the opportunity to escape from the daily grind and get some time to recuperate and rejuvenate. For many of us, those opportunities don’t come nearly often enough and nor do we generally get the chance to really, really distance ourselves from our stressors.

In my case, the situation is somewhat compounded by the fact that my bar for getting away from it all is pretty high. I grew up in a small town in Canada with only 8,000 inhabitants. The area features thousands of lakes and rivers. Going east from my home town could put me into some pretty remote places in an amazingly few kilometres.

As time marched forward and I grew out of my tweens and into my late teens and early adulthood, I noticed that those places I’d escaped to in the past that had been keepers of nature’s symphony were now experiencing the creep of human noise. Despite paddling and portaging a 60-km chain of lakes, it became nearly impossible to escape the telltale din of tires on a roadway or the roar of jet engines high above. The more remotely I’d manage to go, the more strong would be the counterpoint of those invading, man-made sounds.

Life then proceeded to offer three decades of city living to me, courtesy of my now chronic affiliation with technology and the companies that required my skills. In the beginning, that city was Toronto, and my escapes to Muskoka, the Haliburton Highlands and beyond became a regular weekend feature to remove myself from the aural stress of the city soundscape. I may have grown up in cottage country and learned to be annoyed with the weekend cottagers who swarmed my turf on the weekends and summers, but I soon learned to see that other perspective of those who longed for a quieter, more healthful lifestyle.

That changed in 1991 when I came to Japan and set up permanent residence in Tokyo. Now relying on public transport, I have had to come to terms with being immersed in a city soundscape 24/7 and, generally speaking, 365 days per year. There is never a time during the day that the sounds of the city are not present. Even at 3:30 a.m. in the pre-dawn of a summer morning prior to the birds awakening, the night air is punctuated by light traffic.

Long-time readers of Living Intentionally will already know that I often go to bed at 8 p.m. and am often awake between 3-4 a.m. Many people offer incredulous looks when they find out about my daily rhythm, but for me it’s a matter of finding the quietest time of the day and being fully present for it. That time of the day when most of the humans are sleeping and I can extract the most of the natural environment’s song is precious to me. It is, in fact, incredibly healing.

Bernie Krause is a soundscape recordist. He has recorded soundscapes the world over. A cursory glance at my MP3 collection shows that I have recordings of his. He recently gave a TED Talk in which he shares his insights into how environments that are subtly changed visibly can be radically altered aurally, and that this information can be used to great effect to more accurately assess the health of an ecosystem.

It’s a wonderful talk. I hope you enjoy it as much as I did.