That Connection to Source 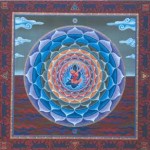 When I’m reading material that is related to the Law of Attraction, manifesting reality, creating your experience or any number of the other ways we try to describe how our thoughts create things (with full credit to Mike Dooley and TUT for coining that phrase), I often see statements such that if we hold unsupportive thoughts, we’ll lose our connection to Source. I think that’s silly.

In my world view, Source is just another name for the universe. Or, should you think along these lines, God.  In my personal opinion, it is impossible to lose one’s connection from something of which we are an inextricable part. Let me explain.

If we accept the physics of our universe such that everything that is, ever has been and ever will be all stems from the same energy that makes up the universe itself — a scientifically sound premise — then any suggestion that we somehow isolate or disconnect from that base energy is patently impossible. As we are products of the universe, we are bound by the laws of physics that constrain the instance of the universe itself. That means that no fanciful woo-woo (technical term, that) can create, do or otherwise interact with anything or anyone beyond what the laws of physics within our universe support. If a belief is outside the physical laws of our universe, it isn’t possible. Period, full stop.

If one talks about our disconnection from Source, it cannot, therefore, be a literal disconnection. Personally, I think that the concept misses the mark entirely. It fundamentally misrepresents the Law of Attraction and how our thoughts manifest reality.

The Law of Attraction sounds all New Age and woo-woo (there’s that term again), but it really is a basic aspect of quantum mechanics. It is the byproduct of our thoughts that causes waveform collapse to create an event singularity, i.e., the outcome of previously indeterminate event. This cause and effect relationship between our thoughts and the universe around us is the reason why double-blind testing is required for various physics experiments. Just the very act of observing an event affects its outcome!

Given that we’re constantly observing the universe around us, we’re constantly affecting the outcome of the events we’re observing. Beyond that, however, our thoughts and emotions come into play, too. Observing goes beyond mere optical stimulation. Sight is but one of our senses. One can taste, smell, touch, hear and sense on any number of other subtle levels. Our interaction with the universe happens at all possible levels and granularities because we exist at all possible levels and granularities.

Many years ago, I read Fritjof Capra’s excellent book entitled The Tao of Physics: An exploration of the parallels between modern physics and Eastern mysticism. For me, it was an important work because it truly captured the essence of Oneness in our universe. In exploring various works on quantum mechanics, I clearly remember an explanation that described how an atom in a cup of coffee felt the interactions of every other atom in the universe. Essentially, it knew its place in the grand scheme of things. For me, it was a case of Mind. Blown.

Instead of talking about a disconnection from Source, it’s more correct to describe us as being at odds with our desired outcome or highest good. There is no disconnect. We’re always connected. We’re always creating. The question isn’t whether we’re creating, it’s whether we’re creating what we want to create or not. Are we intentionally steering the course or are we incidentally along for the ride? THAT is the real issue here.

So, forget this nonsense of being disconnected. I think that’s a dangerous metaphor that ignores the reality that we are always, without exception, involved with creating our experiences through our expectations, emotions and beliefs. Mull that one over and I’ll follow up with what we can do with that knowledge in a subsequent post.