The Role of Consciousness and Intention in Energy Healing

If you’d like to listen to this article, click/tap the play button: 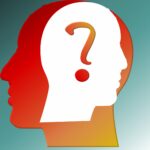 If you’ve ever been on the receiving end of an energy healing session by a good practitioner, you’ll no doubt have come away with the unshakeable notion that it’s very, very real. You may also have found yourself wondering exactly why it works. What is it that makes energy healing effective? Drum roll, please: Intention!

Wait, wait, wait. Back it up, son. I think you got a little ahead of yourself here. Before intention is consciousness itself.

Oh. Yeah. You’re right. The point, however, stands: It is the combined intention of practitioner and client that creates the space in which healing takes place. A lot of people in the alternative healing realm speak of holding space and I’ve come to understand that this is a literal thing, not a metaphor. Allow me to explain.

I think the easiest way to think of the non-locality of consciousness is by way of the much more familiar concept of entanglement. Most of us have heard of how particles such as electrons can become connected … entangled … such that if you change the properties of one of the particles, the properties of the other particle likewise change. That second particle being affected happens regardless of its proximity to the first particle. This is a direct expression of non-locality.

Non-locality for consciousness means that a person is interacting with the world in a far more broad means. During the 2007 Fire The Grid global meditation event, researchers for the Global Consciousness Project monitored random number generators to see whether they registered any changes due to polarized group consciousness. Fascinatingly, GCP was able to measure differences in values that were projected based on the large number of people participating. For those of you who aren’t familiar with Fire The Grid, it was a global event from 11:11 to 12:11 GMT on July 17, 2007. The idea was for people around the world to meditate or just be in a state of joy/gratitude for that one hour. Its goal was to use collective joy to change the world for the better.

It’s beyond any research that I’ve seen to determine whether FTG was a success on any scale; however, the GCP researchers registered differences during the event. If you’re curious about the work done and wish to see information about some 500 events that were measured, visit here: https://noosphere.princeton.edu/results.html 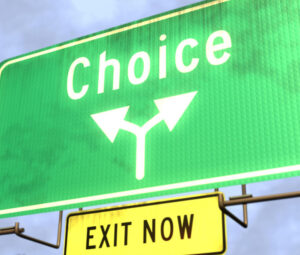 If we accept that consciousness affects the world around us, then intention becomes the next crucial component. The driver of good vibes vs bad vibes is the intention behind our thoughts. And for energy healing, it’s this intention that is the magical spice that makes the whole thing work. Without healing intention, a laying on of hands or whatever technique will simply be utterly useless. Bring one or more practitioners into the picture who hold a clear, focused healing intention and things begin to happen. Add in the alignment of a client who believes in the possibility of said healing and you start to enter the domain of miracles.

Naysayers will claim that energy healing has been thoroughly debunked. I don’t think that statement holds true. I think it’s a question of viewpoint. I am absolutely adamant that I, as an energy healer, cannot heal anyone or anything. Allow me to repeat that: I cannot heal anybody or anything. My job isn’t a laying on of hands and — abracadabra — the client throws down their crutches and walks triumphantly out of the theatre. No, my job is the aforementioned task of holding space.

It sounds like a fairly nebulous and ill-defined term, but holding space is essentially to create a realm of increased probability for an improved outcome. We do not live in a deterministic world. My job as a practitioner is to create an energetic environment wherein the client is able to effect healing at an accelerated rate. We do this by focused awareness on the desired outcome. This is not wishful thinking. More correctly, this would be akin to an extremely directed meditation that visualizes the outcome as already having occurred for the highest possible good of all involved. That razor-sharp mental focus on the desired outcome is to release attachment to it. We acknowledge that change happens at the pace dictated by all the forces in play. As such, no practitioner could ever presume to know if/as/when healing may take place. 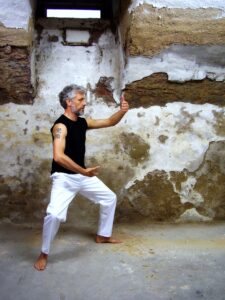 It’s worth mentioning here that practitioners of so-called internal martial arts are also versed in using energy and intention, but it is not exclusively from a healing perspective. Practitioners of internal martial arts may also use intention and focused awareness to disrupt energy flow in opponents. Practitioners of martial T’ai Chi Chuan, Hsing-I Chuan and Ba Gua Zhang should be familiar with the concepts, if not practical application. Each of these arts, however, all teach QiGong techniques for energy cultivation. All the forms used in QiGong serve to cause the practitioner to visualize energy movement and storage in a specific way.

I think it’s fair to say that Consciousness and Intention collectively frame our reference of reality itself. There are those in the sciences who have come to believe that the reality we experience is largely due to our consciousness and the beliefs we hold. It’s certainly a fascinating topic to consider. Anecdotally, I would say that I lean toward the feeling that the life I’ve experienced thus far has been very self-affirming. Which is to say that my experiences have been born out by my beliefs. The older I get, the more I’ve come to think that it’s my beliefs that create my experiences, not the experiences that create my beliefs.