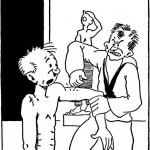 We all aspire to experience good health. How we manage to maintain that good health has turned out to be somewhat controversial over the years. Since the advent of vaccine development, more and more vaccinations have become mandatory. While I’m not sure that there’s anything we can do about the juggernaut behind vaccine development, we can help to ensure that our immune system is not overly compromised.

The biggest issue with regard to mandatory vaccination schedules is the assumption that all immunity is created equal. Vaccine manufacturers rely on artificial mechanisms for conferring immunity despite the fact that we still really don’t understand the mechanisms of how immunity is conferred amongst a population. Moreover, we can see strong indicators that vaccinations don’t work entirely as hoped because of how outbreaks of various illnesses regularly happen within vaccinated populations. Modern examples of vaccination “failures” show up in populations developing whooping cough despite being current with their vaccinations or how children receiving MMR vaccinations lose their immunity faster than those who acquire their immunity through natural exposure.

Natural herd immunity works via members of a population becoming exposed to a particular antigen through normal processes and then having that immune response boosted and tailored through subsequent exposure over time. Exposure via normal processes is an important stipulation here, as most virus transfer happens either via respiration (e.g., coughing) or the exchange of bodily fluids (e.g., sexual contact).

A typical example of developing herd immunity would be chicken pox, where youngsters in a community would contract the illness. During their time as carriers, they expose others in the community to the virus. Those who have already contracted chicken pox earlier in life will have their immune response bolstered, i.e., naturally boosted, by the exposure. For the community at large, the risk of chicken pox is minimal as a childhood disease. The big win, however, is that the risk of shingles developing in adulthood is almost entirely nullified in the herd because of the constant boosting of the immune response via the younger members.

When artificial immunization takes place via novel vectors, development of appropriate immune response should be brought into question. If we introduce whooping cough to the body via non-respiratory means, we cannot be certain that the development of antibodies and the associated immune response will be equivalent to what we see in nature. Additionally, the antigen payload of the vaccine most assuredly does not duplicate the exposure experienced by the body in nature. As such, we cannot expect to confer equivalent immunity. This is why I refer to the idea of conferring herd immunity via artificial means as being ‘unicorn’.

Before one jumps to the conclusion that I’m going to advocate avoiding vaccinations entirely, I wouldn’t be so bold. I do, however, advocate stimulating our immune system by as many natural vectors as possible so as to train it and exercise it regularly. I think getting exposure to dirt, for example, is an important means of training and strengthening our immune response. Not only strengthening it, but also ensuring that our immune response to any particular antigen is appropriate.

I like buying organic fruit and vegetables. When I do and am using such products to prepare meals for myself, I tend to be not too fussed about getting all the dirt off of the produce. To some of you reading this, that might make you feel uncomfortable. I simply view it as a best-effort duplication of the conditions in which humans evolved. Our immune system developed with us eating unrefrigerated foods whose freshness was not always ideal. Our fruits and veggies were eaten straight off of the tree or ground much of the time. And various roots and tubers would be eaten with a fresh serving of soil-derived bacteria and other organisms.

All this flora being introduced to the gut made for a wild and diverse inner ecosystem. In modern times, we’re seeing more gut-related problems that hint at a lack of biodiversity in our gut flora. So, by being a little less worried about exposure to bacteria, we can actually end up improving our overall health.

Healthy gut flora is implicated in a much improved immune system, regardless of the consequences of immunization. For one thing, an intestinal tract that is well populated with good bacteria will be much less susceptible to distress in the case that bad bacteria are somehow introduced. A gut that has a balanced diversity of intestinal flora enjoys a self-moderating effect where the environment is simply not suitable for the unwanted bacteria to survive and thrive.

When I think back to watching my babies developing, the most obvious thing that comes to mind is that kids put pretty much everything into their mouth. While this causes much concern and consternation for us parents, we mostly only need to worry about the risk of choking. For the grime, dirt and crawlies that get in there, it’s all a natural part of the development of a healthy immune system. It might seem gross to see that kid put that worm in her mouth, but in most cases it’s harmless.

All my kids here at home have followed the complete Japanese vaccination schedule. All of them have allergies. I don’t. I also haven’t had any vaccinations of any kind since the 1970s (the ’60s and ’70s had much smaller vaccination regimens).  This doesn’t imply that there is a direct cause and effect here, but I do think that it’s a curious turn of events that a generation who has received many times the vaccinations than my generation did also seems to be much more likely to have any number of allergies. I think that even the suggestion of a relationship between inappropriate immune response and immunization should be closely studied. I have yet to hear of such in-depth studies; if you know of any, please let me know.

Maintaining a healthy immune system is more than getting regular exposure to various antigens. Getting enough undisturbed sleep that follows the proper day/night cycle is essential, as is getting lots of exposure to sun. Not only does this promote Vitamin D production when possible, it stimulates the serotonin/melatonin cycle. Eat healthful foods, avoiding sweets, sugar, HFCS and alcohol. And get out there and exercise.