Thinking Outside the Box (Universe) 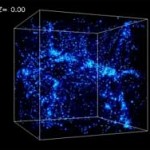 The world of high-energy particle physics is a fascinating place where boffins (science types) try to figure out new and improved ways of describing the observable universe. This constantly puts increased demands on the ability of science to observe things and events with ever increasing granularity. To do this, they build things such as Cern’s Large Hadron Collider to smash subatomic particles together at unimaginably high speeds and record these events to witness the birth and decay of all manner of exotic particles. It’s all fascinating to me, and I love trying to keep up with current research.

Over the last 80 years, physics has struggled valiantly to definitively describe our universe. For a long time, we believed that our world order was defined by three spacial dimensions and an independent fourth dimension, time. Unfortunately, independent dimensions didn’t fit with our observations and Einstein rather cleverly determined that we actually lived in a cohesive, 4-dimensional universe of space-time.

One model of our 4-dimensional universe allowed space to wrap around itself to create a finite space, a so-called box universe. This model survived for a while, but eventually the math didn’t pass muster and the boffins figured out that our universe is constantly expanding. Edwin Hubble, after whom the Hubble Space Telescope was named, was the first to determine we live in an expanding universe.

A 4-dimensional space-time presents an interesting problem for us free thinkers. You see, four dimensions of space-time not only physically plots the location of something, but it also defines its location along the time axis. In a 4-dimensional space-time, the entire timeline of the universe, past through future, beginning to end, is defined upon the universe’s inception. If everything that will ever happen is already predetermined, what does that say about the importance of our decisions? Do we really have freedom to choose? In a 4-dimensional space-time, physicists would argue that, actually, what appears to be decision making is merely us playing out a predefined role. Unbeknownst to us, the players, we’re just reading our lines from a script that is written in rote memory.

At some point, particle physics doesn’t adequately describe our universe. For example Einstein’s descriptions of gravitational interactions work right up until you get to zero distance, at which point the math becomes nonsensical. So, particle physics is good at working with larger objects at larger distances, but when you begin working down at the quantum level, strange things happen and particle physics can’t account for the behaviours.

String theory has been proposed by some to describe the workings of our universe. String theory is complicated, utilizing 10 dimensions to describe things. String interactions are spread out over small distances of vibration instead of defined points. This leads to more sensible quantum behaviour, at least mathematically. It doesn’t make the quantum world any less strange.

String theory seems to hold promise. For example, it goes a long way to making sense of why we have three generations of subatomic particles with the masses we observe. Theorists proposed 5 separate theories only to later discover that certain theories could be populated with transformations, called dualities, that cause a disparate theory to look like the other. String theories, therefore, seem to tend towards being different perspectives or ways of describing the same thing.

There’s a duality symmetry, called a T-duality, that is especially interesting in that it blurs our ability to distinguish between small and large distance scales. This has, at least to my way of thinking, interesting ramifications for consciousness. Consciousness, after all, has no choice but to obey the same laws of the universe as everything else.

Metaphysicists and physicists have used different glossaries and approaches to describe the same thing. For centuries, it appeared as though the world of metaphysics and philosophy were so far from science that there would never be a coming together of minds. Interestingly, the more we delve into physics and string theory, the more similarities we see.

Consciousness and physical matter may be more related than we think. For example, we know that all matter exhibits particle/wave duality. Depending on the expectations of the observer, one sees matter behaving as a particle or as a wave. The expectations of the observer brings the question of consciousness inextricably into the equation, yet we don’t yet have the math to quantify this interaction. Being able to directly measure and quantify the effects of consciousness is an ambitious goal, but it may very well be strictly outside our ability because the simple act of observing (measuring) affects the outcome. You cannot observe something without having consequences.

Niels Bohr, a Danish physicist, proposed that you can’t know a particle’s behaviour until you observe it. Because of this, he declared that it was meaningless to attempt to define what something was. You could only define how something behaved while being observed. This rankled Einstein, who wanted to have a clear-cut way of describing the essence of reality.

The problem, it turns out, is that reality is entirely dependent upon the expectations of the observer. Science tries to work around this problem by implementing such things as double-blind testing. We influence the world around us by what we think, believe and expect. This has profound effects in our lives. This has profound effects on everything.

Consciousness may inhabit the same space-time realm as the underlying mechanisms of quantum entanglement. In quantum entanglement, state information of entangled matter is shared instantaneously over vast distances. Mass consciousness has been measured on a global scale, and projects such as the Global Consciousness Project have suggested the possibility of global precognition or backward causality.

Research into consciousness and, specifically, the effect of love over distance was done with a pair of married researchers. In different parts of the lab building, the male was shown photos at random and was instructed to feel as much love for his wife as possible whenever her photo was displayed on screen. Each time her photo was displayed, her respiration and heart rate measurably increased. The shift happened often within a second.

Because consciousness is a function of energetic vibration within our universe, consciousness must, by definition, follow the same laws as everything else. In the same way that subatomic particles are undeniably “aware” of their physical location in the universe in relation to all other matter, responding to strong- and weak nuclear and electromagnetic forces, not to mention quantum state changes, there must be some form of consciousness that is associated with all levels of matter. Does a rock have some sense of self-awareness? Many scientists would say no, but that assumes that entanglement and consciousness are mutually exclusive. There may not be a specific reason to assume they’re related, but neither is there a reason to assume they’re unrelated. The fact that consciousness exhibits measurable effects on matter simply makes it another quantifiable, universal force. It’s likely, in my opinion, that just as we see ever more complex organizations of matter, the more complex the organization of matter, the more complex the organization of its associated consciousness. In such a scenario, the greater you move up in size and complexity, the greater the scale of consciousness. Eventually, you reach the infinite aspect of the Universe itself, in which case you have infinite consciousness, it being the sum total (and maybe even more) of all its component parts. In other words, omniscience.

I’m confident that once physicists come up with a unified string theory that really does describe everything, consciousness will be one of the aspects defined and described with absolute precision. The unknowable, in the meantime, will remain the realm of metaphysicians and philosophers.