Be Here Now: How Language Changes The Way You Act 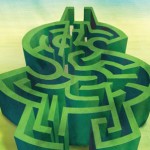 I often think and write about the act of being present in the moment. I have learned that being in the moment affects the way I deal with life. When I’m in the moment, everything looks and feels different. I think different thoughts as a result.

Language, too, plays a big role in how we think about our environment and our place in it. Over the years, I’ve studied a number of languages, with Japanese becoming the strongest second language in my arsenal. What I noticed was that the more comfortable I became in expressing myself in a certain language, the more differently my thought processes became in my native language. In learning to express myself and relate to my environment in another language, the way I think about that environment has changed.

I think that is a fascinating concept. I’ve always been aware of the inextricable link between language and culture, but I wasn’t prepared for experiencing changes in the way I relate to my universe by virtue of the direct experience of learning how to speak a language. Moreover, I was unaware of just how significant the connection was between the language we use to process our thoughts versus our actions. It turns out that the connection is direct and measurable.

Behavioural economist Keith Chen gave an intriguing TED Talk on a fascinating correlation he’s found wherein people who think in “futureless” languages exhibit higher savings rates. And it doesn’t end with simple money, either. In working through the data, he found a number of important and interesting connections.