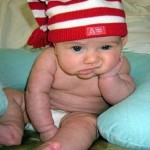 It’s a fact: Sometimes you just gotta do stuff that doesn’t quite float your cork. And for some of us, it ends up being more than just sometimes. The difference is that some people just cruise through the motions without giving them much thought, while others get seriously stuck on the whole “not so great” aspect. And that difference is bigger than you can imagine.

When you get stuck, grumbling about the unpleasantness of the task you need to do, you create an entire vibrational environment that surrounds the task and attaches itself to everything and anything related to it. You send the vibrations out into the universe, and universal law stating that like attracts like sends you back interactions and experiences that are in vibrational harmony with what you’ve sent out.

I like to look at doing the not-so-great stuff as just another step on my journey that is taking me to exactly all the stuff I want in life. Viewed in that way, I tend to not grumble. I feel gratitude for getting closer to my goals. And I’ve discovered that smiling through the chores makes them go much, much faster. Time flies when you’re having fun. It also flies when you consciously choose to not get stuck in negativity.

Making the conscious decision to be chipper and cheerful as you plow through the stuff you’d rather not being doing is a brilliant strategy in swinging the Law of Attraction in your favour. As you build up those stores of positivity, you create even more positive experiences. Eventually, you’ll catch yourself walking down the street grinning to yourself as you think how much you love life.