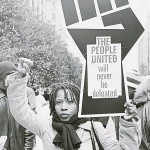 Over the last few days, I’ve been thoroughly reminded that anger is a way of life for a lot of people. In fact, people seem to go out of their way to become outraged about all manner of things. In thinking about it all, I’ve come to realize that people often use anger and outrage for motivating the wheels of change. And I wonder why it is that people think that the outrage is necessary for them to make those changes.

I have a couple of teenage daughters. One is pretty mellow; the other, well, she’s a bit of a firecracker. Recently, our firecracker seems to be perpetually angry at life. Yesterday, she got angry because I bought some highly prized rolls for my other daughter. Firecracker complained about the waste of money. Huh? Maybe the firecracker sees this as taking away from her hoped-for iPod Touch birthday present. Beats me.

Recent political upheaval in the Middle East called for a Day of Rage. When I heard that on the news, I literally shuddered. I couldn’t help thinking that while change is often necessary and desired, people seem to not realize that trading one sense of outrage for another doesn’t really effect the change that creates peace. Rage begets rage when you begin dealing in great numbers of people.

Of course, Day of Rage rolls off the tongue easily and has a catchy ring to it. A Day of Quiet Subversive Dialogue just doesn’t quite move you the same way, does it? An angry mob of protesters is an impressive sight. A group quietly and peacefully detailing the changes needed and how to go about it just wouldn’t match that.

There’s an idiom in English, “You can catch more flies with honey than with vinegar”. I like to think that the peaceful expression of ideas is the honey. If you want a grassroots movement to grow beyond the tipping point such that it becomes mainstream thinking, honey will catch more flies every time.

Fear and anger being the underpinnings of our actions is a scary thought. As a famous, fictional, spiritual warrior said, “Fear leads to anger. Anger leads to hate. Hate leads to suffering”. These are the emotions of the so-called dark side of the Force. Can they be powerful? Absolutely. Should they be prized as our best choice of weapons of change? Absolutely not.

Part of our current problem is that people are encouraged to be afraid. Back in the ’60s when I was a kid, North America was still recognized as having the pioneer spirit. People went boldly where no man had gone before. They did things, not because they were easy, but because they were hard. It was an exciting time to be a kid. The West still held a hint of wildness, the moon beckoned and we had the moxy to go there.

And then something happened. Something tragic, as if all the courage were suddenly removed from the planet and replaced with the spoiled siblings Political Correctness and FUD.

Political Correctness went around doing his best to ensure that the pendulum swung back hard the other way. After too many years of racial-, gender- and caste insensitivity, people would now have to pay dearly by constantly worrying about whether they’d offend somebody. And in answer to the challenge, people drew their lines in the sand, binoculars at the ready, looking for any signs of offence. There wasn’t a plan to defend their position, mind you. No, at the first sign of offence, the new response was to be offended.

Meanwhile, FUD (Fear, Uncertainty and Doubt) worked laboriously behind the scenes. FUD had a particularly good political acumen. FUD became widespread, especially in light of terrorist activity. It took remarkably few years for the courage of a continent to be replaced almost completely with fear of risk, fear of failure, fear of attack, fear of injury, fear of lawsuits, fear of offending, fear of …

FUD, as I said, is brilliant. FUD’s politics is intent on paralyzing you, leaving your well-being up to others. Leaving others free to tell you what you should do and what you should think as you cower in fear at the next remote possibility that something minutely untoward might occur sometime in the future. Cower away, because you just never know when you might stub your toe.

If you do, you’ll have plenty of opportunities to sue somebody for your misfortune. After all, you’re a victim and somebody must pay. Somebody has to be held responsible, and it sure isn’t you. It’s not your responsibility to walk and avoid obstacles, after all; it’s somebody else’s responsibility to ensure you can walk without engaging your brain.

Is this article angering you? Are you outraged? Think about it. Feel it. Now, what are you going to do about it? You have a few choices:

I see things in my daily life that I know are wrong. I think the public healthcare systems of nearly the entire planet are far off the mark and serve Big Pharma instead of the people. I see the well-being of our entire species being cut up by corporations and sold for profit at the very expense of the people who keep those corporations in business.

I see these things, but I’m not outraged. I’m not angry. I am, however, inspired. Inspired to act. Inspired to create Living Intentionally and try to get the word out to as many people as I can about how to live well and prosper in a world that seems determined to make that impossible.

Your anger doesn’t serve you. Your outrage ultimately only hurts you and those around you. Allow the negativity of those emotions to dissipate, yet remain resolute in your truth to see that whatever wrongs in your world are corrected. Without the fog of anger and rage will come clarity of purpose and the ability to see Truth.

As for Political Correctness and FUD, please, by all means, give them the cold shoulder. I offer you an additional commandment to live by: Thou shalt not be easily offended. Instead of looking for an excuse to get pissed off at the world and wallow in the role of a victim, look for opportunities to love and forgive. And while you’re doing that, show FUD the door through tapping into the courage that you have deep inside. You don’t need to visit the Wizard, you know; you already have it.