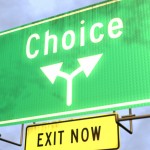 Over the years, the debate over climate change versus global warming and global dimming has offered up plenty of finger-pointing and little in the way of agreement. In any larger group discussion of the matter, you’ll almost invariably find participants running the range from people who think that global warming is junk science dreamed up by tree-hugging liberals who are bent on destroying <your country here>’s jobs, to those who feel that government is bent on bringing down society in the name of the almighty <your currency here>. Some folks haven’t a clue about the science, while others work pretty hard to understand it.

The topic is both broad and deep, so it’s not a surprise that it has been nigh on impossible to gain agreement within the scientific community about the situation, its causes and the risks involved. On the plus side, there are a lot of really intelligent people who are working within their domain to better understand the problem and offer answers. On the negative side, science and economics are not unfamiliar bedfellows, so amongst the Real Deal science being done, one also has no small number of studies being done with a financial agenda attached to them, i.e., a vested interest in (dis)proving various theories.

Ultimately, I don’t have a problem with the disagreement. After some 50 years on the planet and being a father of several kids, I’ve long been familiar with the debacle of even trying to get 4 people to agree on where to go for dinner, let alone imagine the global scientific community coming to agreement as to the causes and effects of climate change here on Earth. No, the disagreement doesn’t bother me. Something else does.

Recently, I was discussing the idea that time might be running out and that we should err on the side of caution. My friend replied that she just wanted to see good science and that if we were to act in the absence of good science, we might destroy everything. For me, it was a sobering statement. I consider a refusal to “conserve and protect” prior to scientific evidence that it’s required to be risky business, indeed.

When it comes to healthcare, people have gotten used to the idea of the Hippocratic Oath and its sister doctrine “Primum non nocere” (First, do no harm). The idea, obviously, is that people in the healing arts will, above all else, always act in the best interest of the client and that they should recognize that there are times when no intervention at all is sometimes better for the client than intervention.

The Precautionary Principle would be the environmental equivalent to Primum non nocere. It states that in the absence of scientific consensus for an action or policy that has a suspected risk of causing harm to the public or environment, the burden of proof that it is not harmful lay on those taking the action. In the event that insufficient proof is offered, the mandate shall be to err on the side of caution to protect public and environment from damage. Only after substantial evidence disproving harm is offered shall policy makers relax protection.

This principle has more and more been ignored by North American policy makers. The reasons for this are many and varied, but the end result is that instead of acting from a place of precaution and only moving forward after seeing significant evidence of safety, we see it commonplace to move forward first and only backpedal once we’ve seen significant evidence of injury. This mode of behaviour is logically flawed because it presupposes that any eventuality can be reversed or undone. Such logic is fallacious.

We’re in the situation where everybody agrees that climate change happens. A segment of scientists believe that we’re facing global warming. A smaller segment of researchers have added global dimming to the equation. Yet another segment of scientists are unsure that global warming really is happening. And yet another segment accept that global warming is happening, but think the sun is ultimately to blame. In all of that disagreement lay the fundamental issue that we would be smart to invoke the Precautionary Principle such that we, to the very best of our ability, do no harm to this planet that sustains us.

Sometimes I think that people forget that trees are our primary means of maintaining the correct oxygen content in the atmosphere. They regulate temperature, clean the air and water, have root systems that help protect against soil erosion and create a canopy that protects us from harmful UV, only allowing healthful UV to reach the ground during the peak sunlight hours. The health and coverage of our forests are vital to the circle of life on this planet.

Instead of cutting down a tree for your Yuletide celebrations, try planting one instead. We’d all benefit.